In October, Meredith and I had the opportunity to visit The National Museum - which includes vehicles from the early Harrah collection.

While Meredith was drawn like Althea to honey to the Rust Heinz's Phantom Corsair and Tucker - what a surprise - in their collection, I was equally amazed by the ground up restoration in progress of the first Dymaxiom vehicle which sits on three wheels and was patented in 1937.

The Ford engine, treated to a bath in enamel paint, was the only part that was ready for installation. Buckminster Fuller is perhaps best known for this Dymaxion domes and his amazing Dymaxion home which rests in the Ford Museum of Innovation. (A photo of an original Corsair when it was in one piece was taken by Meredith's dad, the late H. Roy Jaffe, back in the 1930s in NYC.)

While a photograph of the Damsels of Design appeared behind a GM car, I was also drawn to in what my opinion is a death trap driven by Shirley Muldowney. She was fortunate to even survive her last race and barely able to walk or race again. After winning numerous races, she was one of five women inducted in the Automotive Hall of Fame.(Helene Rother became Number 6 this year.) In total, about 800 have been inducted.

There are at least 100 other vehicles that deserve mention if you are in the area; Reno is a short plane flight from Vegas. 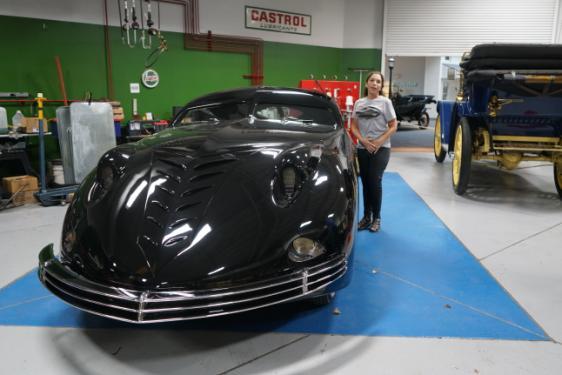 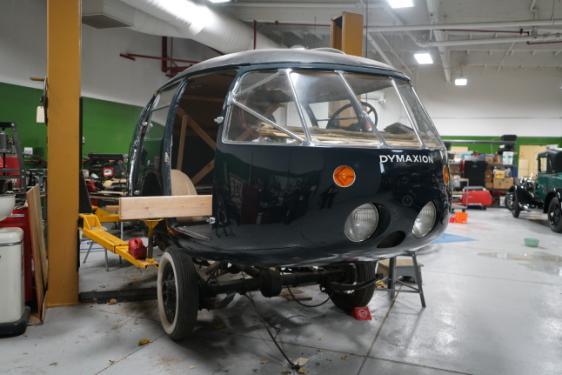 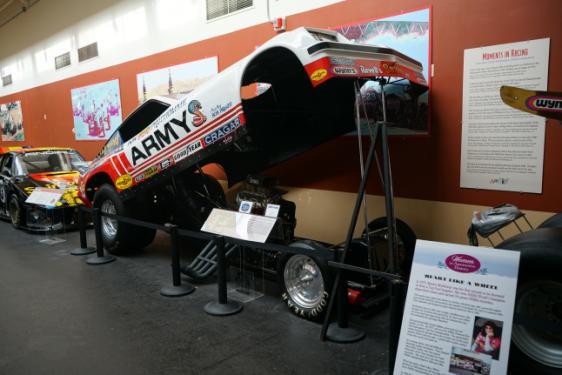