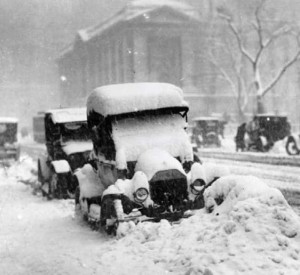 Thanks to Jack Bruderman for the photo.

You may have recalled a recent article in our newsletter mentioning all of the activities that are possibilities for this coming year. Then the snows of January and February came and our meetings were cancelled. We didn’t get to discuss the many options that we have.

Two events have been scheduled already – Howard Kroplick, Town of Hempstead Historian, and originator of the Vanderbilt Motor Parkway Society, will be the guest speaker at our April meeting. Howard bought the car that is known as “Chrysler’s Chrysler”. Howard will describe the saga that brought him to become familiar with the car, purchase the vehicle, and then to restore it at Steve Babinsky’s restoration shop in Lebanon, N.J. The entire restoration was documented by Walter Gosden, and will be featured in a visual presentation created for us to see.

The May meeting will feature Bob Barauskas, former President of the Peconic Bay Region (PBR) AACA, and now the President of the Suffolk County Historical Society. Bob is well known to many of our club members who make the annual pilgrimage to the Flea Market that the PBR sponsors at the end of February. Bob makes a very special seafood chowder that is always a bonus of the drive to the North Fork – it makes the whole trip to the East End worthwhile. Bob is writing a book on the Riverhead to Mattituck race of 1909 and the importance of that race in the expansion of interest in developing the fledgling automative industry.

GNYR has been invited to the Bayport Aerodrome for a very special event when the airport, which features antique planes, will be having an Open House, complete with live music and a pancake breakfast. Our joint hosts for the day will be Bill Clifford, GNYR member, and now President of the Bayport Aerodrome Society, and Frank Licari, member of the Model A Club, and a Long Island Early Flier. Both of these men, like many other antique airplane owners and fliers, also have antique automobiles. While you are at the Aerodrome, you will be able to see the Yak, an antique plane that two of our GNYR members are actively restoring. The date for the visit to to the Aerodrome will be announced shortly.

Get ready to vote on the many other interesting meeting topics and presenters to invite to the club this year, and to put in a vote for your favorite trips. Let’s rev up those engines and take those cars on the road.

With great enthusiasm we can look forward to the April GNYR meeting for a reprise of Howard’s informative presentation at a club meeting last year.

Howard has been an enthusiastic supporter of GNYR functions through his presence at Old Westbury, his donation of his books for raffle prizes and through his well-researched presentations.

Many thanks to Howard for helping the club present a high quality program which has the capability, not only of informing and captivating our membership, but also of piquing the interest of potential members of our club – people who will share and carry on our love of old cars.

Thanks to Howard for helping us get an early leg up on the publicity for this event.