Special thanks to Althea Travis who arranged our extremely informative special Guest Speaker at our meeting last month, Joe Indusi. We learned a tremendous amount about not only automobile radios, but radios in general (I always wondered what the crystal and “cats whisker” on a crystal radio did). For those of you who did not make it to the meeting, the answer to our “Where’s The Antenna” riddle is as follows: 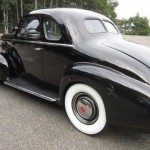 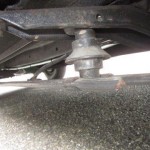 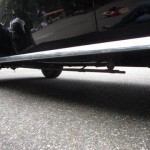 As you can see, the antenna Is mounted UNDER the Running Board of this 1937 LaSalle. This was the beginning of a long and still prosperous marriage of car and radio. Now, we don’t even have much in the way of antennas of vehicles. And, who would have thought we could talk on our phone through a car radio now-a-days. Huge thank you to Joe Indusi who educated us in everything Radio!

GNYR member Jack Bruderman reminisced: “The late GNYR member (and vintage radio repairman) FRED SCHLAGENHAFT owned for several decades, a 1937 Buick Roadmaster convertible sedan, including the original AM radio. It’s antenna consisted of a couple of horizontal bars mounted under the running board…on the passenger side, my memory tells me. I would venture a guess that the 1937 LaSalle’s antenna was very similar, as the two GM cars are cousins, if not brothers. The Buick’s antenna did not function very well, and after a couple of years, GM’s Buick Division switched to a short, almost vertical ‘whip’ mounted above the centerline of the V windshield, and rotated from resting to ‘up’ position by turning a knob inside the car. That device appeared on Buicks through the early 1950’s models.”

Please note, that you can find Joe Indusi’s articles in “Skinned Knuckles” magazine as well!